Of travelers, truants, and trolls

It has been several days now since we returned from New York and our performance of the Last International. After every work that takes time to gestate, there is a process of unwinding, of finding ways and means to let the work seep in, to let it whisper, even after an iteration of it seems complete. 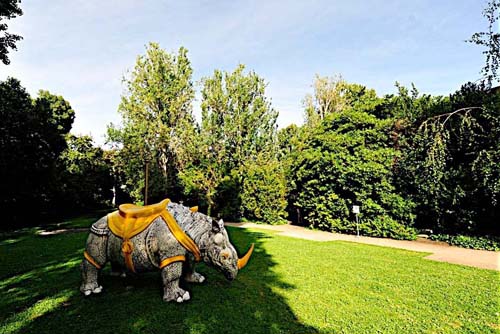 It is very interesting to us that you invoke Hermann Hesse’s Siddhartha. Our edition is the Penguin Classics one, translated by Hilda Rosner. It was intriguing to go back to the text, via your quotation, to see what it heralded, many years after we might have first read it.

Opening the book at random – like one would do with a book when looking for a sign, or a chance revelation – this is what we found – this is the young Siddhartha, speaking to his friend Govinda, giving voice, early on in the narrative – to his skepticism about all that the spiritual masters they have sought out claim to be teaching them.

Year after year I have questioned the Brahmins, year after year I have questioned the holy Vedas. Perhaps, Govinda, it would have been equally good, equally clever and holy, if I had questioned the rhinoceros (emphasis ours) or the chimpanzee. I have spent a long time and have not yet finished, in order to learn this, Govinda: that one can learn nothing. There is, so I believe, in the essence of everything, something that we cannot call learning. There is, my friend, only a knowledge — that is everywhere, that is Atman, that is in me and you and in every creature, and I am beginning to believe that this knowledge has no worse enemy than the man of knowledge, than learning.

Perhaps, as you saw, in the Last International – it was equally good, that we questioned the Rhinoceros. Because asking a rhinoceros made more sense than looking for an answer with men of knowledge and learning. Perhaps the rhinoceros is an arbitrary totem, chosen for his obstinacy and for the thickness of his hide, for what it means to be an autodidact.

As you might recall, Albrecht Durer’s Rhinoceros, makes a guest appearance in The Last International. This is what he has to say, once he makes his entry into the reading –

And I am Gainda, the runaway Rhinoceros. Adrift between continents and centuries, lost and found and lost again, imagined but forgotten, shipwrecked and shafted, the gift of one age to another.

Look at me: consider my strength, my girth, my gall, my horn. Think how I must have haunted the men who described me to Albrecht Durer, after the King of Portugal’s ship, with me as principal cargo, a present from far away India for a pope, drowned on the way to Rome from Madrid.

I come ashore on to your time, waddling out from the water, an amphibious, ambiguous rhinoceros in ghostly hippopotamus disguise. I am every anomalous history, every time out of joint, I am in here to de-occupy your history.

I have new ways of doing old things, like revolutions and research. And new ways of taking a stand.

I am the engine that stalls the march of the sovereign, the gun that jams in the executioners’ hand, the whale that sinks the ship of state, the tower that crumbles, I am the aphrodisiac and the poison, the seduction and the betrayal, the intoxicant and the hangover, the promise and the prison-break.

I am the ghost of your time in the future and the echo of times past in today. I am history’s trespasser and the history of trespassing.

I am a traveller, a truant, a troll.

Life, and the exigencies of our triangulated, networked existence are at work now. Like tidal currents, things recede and advance. The transgressive rhinoceros is shipwrecked and swims ashore. We follow his trail. We get pulled in different directions, we find ourselves pursuing different kinds of curiosities. A work begins to live in memory, the currents of the anticipation of others begin to pull and tug at us, taking us with their undertow. We dream our time, we sleepwalk the future and the past, in our three different minds.

A work like the Last International actually never quite comes to a standstill. In our discussions with Zuleikha Chaudhari, the theatre director and artist who has been our collaborator on this work, we have tried constantly to think through this question – of a symposium that does not end, of chairs that refuse to find a stable configuration, of actors and actions that do not come to a rest, of history’s trespassers and the history of trespassing. Perhaps the question we are asking is about figuring out how to give sleepwalking a direction, a destination. We need to learn to read maps in our dreams.

You come our way through a reading of a translation in English of an early twentieth century German novel (Hesse’s Siddhartha) set in an imagined North India in some distant past. We came your way, found our way to your city, riding the history of European emigrés and exiles, and their dreams of the future, in the nineteenth century that seems so distant and so proximate at the same time. This is the itinerary of the last international. This is the kind of time travel we find ourselves habituated to.

At the very end of Hesse’s novel, the friends Siddhartha and Govinda, separated by destiny, are re-united by fate. One life is ending, and another has some time still left to consider. Hesse offers this moment to the reader – as Govinda looks at Siddhartha’s dying face.

…he saw other faces, many faces, a long series, a continuous stream of faces — hundreds, thousands, which all came and disappeared and yet all seemed to be there at the same time, which all continually changed and renewed themselves and which were yet all Siddhartha.

He saw the naked bodies of men and women in the postures and transports of passionate love. He saw corpses stretched out, still, cold, empty. He saw the heads of animals, boars, crocodiles, elephants, oxen, birds. He saw Krishna and Agni.

He saw all these forms and faces in a thousand relationships to each other, all helping each other, loving, hating and destroying each other and become newly born. Each one was mortal, a passionate, painful example of all that is transitory. Yet none of them died, they only changed, were always reborn, continually had a new face: only time stood between one face and another. And all these forms and faces rested, flowed, reproduced, swam past and merged into each other, and over them all there was continually something thin, unreal and yet existing, stretched across like thin glass or ice, like a transparent skin, shell, form or mask of water — and this mask was Siddhartha’s smiling face which Govinda touched with his lips at that moment.

…No longer knowing whether time existed, whether this uncovering had lasted a second or a hundred years, whether there was a Siddhartha, or a Gotama, a Self and others, wounded deeply by a divine arrow which gave him pleasure, deeply enchanted and exalted, Govinda stood yet a while bending over Siddhartha’s peaceful face which he had just kissed, which had just been the stage of all present and future forms. 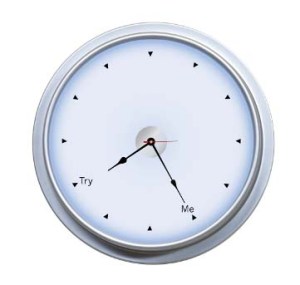 This is not to privilege some moment of affirmation of re-incarnation.

Although we know that we die and are reborn a thousand times even in a single lifetime. When you think this way, you are not waylaid by the history of a few defeats. You know that the life-time of a dream or an idea, like the Last International, passes through many twists and turns, through many ‘births’ if you like.

It is only to insist, that like the rhinoceros, we too are travelers, truants, trolls and time is our playground.

Right now, we are traveling. Each of us is attending to different things at different ends. We are laughing at the idiocies of the law (a Supreme Court ruling has just re-criminalized homosexuality in India), and reliving the memory of last year’s outpouring of anger and grief at a gross incidence of rape in Delhi, our city, which seems to have transformed us all. We are worrying about what the future will bring. There is an odd smell of tyranny in the air. Perhaps it will pass, just as bad smells do. Perhaps it will linger, asking us what we intend doing about the rot that spreads under our feet. This is the way it is now.

So this communication is brief, fragmentary, distracted by all the things that are swirling around us, yet suddenly buoyed by the ballast of a reading of Siddhartha, provoked by you.

We are curious to know which way the dice will roll when you reply, and which turn we face in the game of our correspondence.

Warm regards, and the best wishes for Christmas and the New Year

Raqs – (Monica, Shuddha & Jeebesh) – (and the rhinoceros) bids you well.